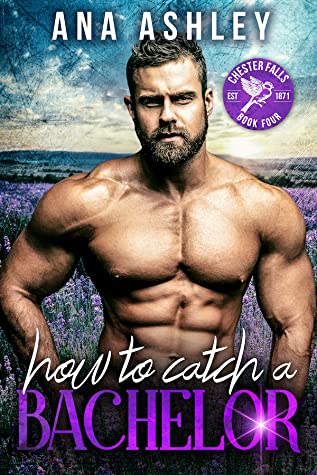 *** This review is SO full of spoilers. Unless you want the entire book spoiled for you, don’t read this review ***

T1ghtBuns: I could knead the best bread you’ve ever eaten on those tight abs.

TopM4N: *snorts* you sure you’re on the right app?

I’m a born romantic.
He doesn’t believe in relationships.
Two things we agree on…together we are electric, and we want casual.

We’re both best men at a wedding, and guess where the bachelor party is?
As they say, what happens in Vegas, stays in Vegas…or does it?
Waking up married to an unshakeable bachelor is one thing. Accidentally falling in love with him however, is what could get me into real trouble…

How to Catch a Bachelor is the fourth book in the Chester Falls series and features an opposites attract trope, family with a penchant for inappropriate gifting, lot’s of cinnamon buns, and a small town like no other.

I’ve read and enjoyed the first three (plus #.5) books of this series, with How To Catch A Prince being a big favorite. I’ve been looking forward to reading Indy’s story since he was first introduced.

Indy, a baker, wants what all his friends have – love and marriage. He came close once but had his heart broken. One would think that would have made him jaded. It didn’t. He hooks up some, but there’s never been anybody he’s wanted to do more than play with for a few hours.

Until he meets Tate.

Tate is Tristan’s (from How To Catch A Bookworm) twin brother who’s in the small town of Chester Falls visiting. Tate and Tristan may be twins but they’ve not been close since they were children, having been separated when their parents divorced. Their dad got custody of Tate and their mother of Tristan.

I can’t imagine separating siblings like that, but twins?

Tate’s in his hotel room going back and forth with a guy on a hookup app. That guy would be Indy. It doesn’t take long before they’re setting up a meeting spot. Their meeting doesn’t go at all as planned. Indy’s most definitely not expecting the guy he planned to hookup with being the brother of one of his best friends. There’s a mistaken identity thing that puts an end to their doing anything naughty, though they did spend time together.

The next day they come together again when they meet Ben and Tristan, who want them both to be best men in their upcoming wedding. They become friends of sorts but no sex until long into their relationship. Even then, it was friends only.

You know how I know it was friends only?

Tate is a jaded divorce attorney who doesn’t believe in love. He doesn’t want to hurt Indy so he makes it clear they can’t go beyond sex. Their ‘friends only’ thing turns into them talking or video chatting every day, bringing them even closer. Tate’s best friend (Harrison) sees right through Tate’s ‘but we’re just friends’ b.s. and Tom (from How To Catch A Rival) sees right through Indy’s. Tom is the only person in Chester Falls who knows anything is even going on with Tate and Indy.

The long distance thing brings them closer and they do end up having sex. After that one time it was a bunch of back and forth between them. Indy tries not to fall in love, and Tate is constantly trying to convince himself that he’s not in love.

I had a serious problem with Tate.

He ran. Constantly. Every single time he and Indy would get closer, he’d take off. His not wanting to hurt Indy spiel got so old. Then there’s a Vegas trip where they, Tristan, Ben, Tom, and Wren meet up for Tristan and Ben’s bachelor party. Tate and Indy end up spending a lot of time in bed – but they’re just friends. Uh, no. Just friends don’t get jealous over other guys being friendly with their buddy. They stay out drinking and wake up the next morning married. There’s a bit more to it but that’s the gist.

And what does Tate do when he finds out they got married in a cheesy Vegas ceremony? Does he try talking to Indy? Or, you know, spend a few minutes trying to figure things out? Nope. He runs – again. Granted, his goddaughter (Harrison’s little girl) was involved in an accident so he needed to leave anyway, but he couldn’t take five minutes to at least pretend to not try to hurt Indy? You know, the man who he knows cares more for him than he should?

I’d already had a problem with him and his running, but this was too much. And when they finally do talk to each other months later, does he handle it the way he should? Of course not. He gives his husband annulment papers – at his twin’s wedding – and doesn’t get why Indy was pissed? Why he was hurt?

“You want a relationship, you want to get married. At that moment, my first thought was that we’d done it because you wanted to get married and we were both drunk so you took advantage.”

I laughed. “You’re right. You are the biggest asshole. If you’re done telling me how much this is all my fault, then I’d like to go back to my friend’s party.”

For the record – and he does admit it a paragraph or two later – Tate was the one who proposed in Vegas, NOT Indy. You know, the ‘I want to ruin everybody’s happiness because I’m convinced every couple that gets married will end up hating each other later so I make sure I tell them this when their relationship is none of my business’ Tate.

Tom came out of the house, walking in my direction with purpose. The hairs on the back of my neck stood at attention. This was it, shit was about to go down.

“Follow me or I’ll tear your balls off, mash them, dry them in the oven, grind them into glitter powder, and make tiny bars of soap out of them.”

The plan – because Tate’s suddenly gotten his head out of his ass about his feelings – is to wait until Indy sobers up and profess his undying love. Does he do that? You know, hang around until Indy wakes up? Again, nope. He has to leave for an urgent meeting with his boss. I understand that. Really. But no note for Indy? No text? The poor guy didn’t even know who had taken him home the night before.

Thankfully, Tom (who will forever be a favorite character of mine) took control. If it wasn’t for Tom and Harrison I doubt Tate would’ve ever gotten over his ‘woe is me, I don’t believe in love, my parents sucked and ruined me, blah, blah, blah’.

I tried. I really did. But honestly, he was a jerk. He handled everything so poorly with not just Indy but with everybody, including his very happy – about to be married – twin brother. I won’t even get started on his best friend Harrison. Once their past came out I wanted to smack Tate and then come back and do it again for good measure.

I’m obviously in the minority about Tate if other reviews are to go by. I think what bugged me the most is how eager I was to see Indy find his own happily-ever-after after seeing him in the other books. What he got instead was somebody who was so focused on what could go wrong in the future that he didn’t stop and look at the here and now.

It was, however, nice seeing Tom and Wren again, as well as Tristan and Ben. I would like to see some of the guys from the first two books. I hope that will be happening in others in the series.

Overall, a good enough read. While it didn’t blow me away, I did end this still loving Indy. I just felt that he would’ve been way better off with somebody other than Tate. Every time I started to warm up to Tate even a tad, he said or did something stupid. There wasn’t any coming back from that. 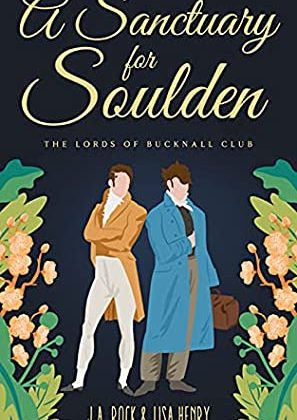