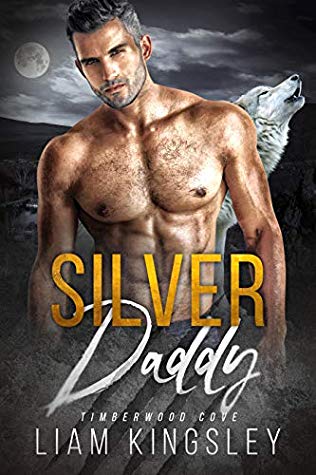 *** This book contains spoilers from the first four books. ***

He’s got the hots for his best friend’s dad …

Kiefer has been crushing on Greer since he was a teenager, never imagining anything could happen between them. Then one night changes everything. Now the older alpha is all he can think about and things between them are heating up. But Kiefer’s best friend, Jaxon, doesn’t want to see his father hurt, and Kiefer will need to stand strong if he’s going to keep his place at his mate’s side.

Greer has lost it all before, can he risk his heart again?

A lifetime ago, Greer lost his wife and young child. Since then, he’s sealed off his heart, unwilling to let it be torn out a second time. But when he scents that Kiefer is his fated mate, Greer knows there’s no fighting the bond between them. A second chance at love is more than Greer ever dreamed of, but a second chance at fatherhood has all of his protective instincts screaming to shield his mate and their unborn child from harm.

Greer’s zealous protection and Jaxon’s resentment might be too much for Kiefer to handle. He loves his mate and the life they could have together, but he refuses to be the reason the pack is torn apart. Can he and Greer find a way to navigate both the complicated pack and family dynamics, or is their fated bond already doomed to break?

Greer, fifty-five, was introduced in the very first book (Jaxon and Bryce’s). He’s Jax’s dad who was, in that book, the alpha of the Timberwood Coves wolf pack. He was introduced when he told Jax he wanted to retire and have Jaxon take over his leadership position. Jax was hesitant, believing he wasn’t good enough. All of that was resolved back then and Greer has been living his life as the retired alpha, enjoying time with his grandchildren. Important to the series as a whole, Greer has been in all the books leading up to his. A little bit is told over time about him losing his wife and child during childbirth. Coral, his late wife, was his chosen mate, not fated mate. Even so, he loved her deeply, and has mourned the loss for decades. He adopted Jaxon after he lost Coral and his unborn child.

*Keifer was introduced in the last book, Jason and Trevor’s. He may have been in the others in passing, but if so, his character was so minor I don’t remember. He’s Jason’s close friend and the omega dad to Stacia, Jason’s little girl. Keifer has also been close friends with Jaxon since they were children. So close that Keifer spent a lot of time growing up at the home Jax shared with his father. It wasn’t much of a secret that he had a serious crush on his best friend’s dad. If Greer ever noticed it, he kept it to himself, and he never, ever did anything inappropriate or even implied it.

Greer and Keifer have seen each other on and off for years. Keifer is a human omega but gave birth to Stacia, a wolf cub, so he had to be told years ago that Jason was a wolf shifter, as are Jason, Jax, and the others. He’s been welcomed into the pack without question, though he, as a human, is still kind of on the outside looking in.

This book picks up right at the mating ceremony of Trevor and Jason in the previous book. Jaxon has just spoken with his father, encouraging him to find a young omega and have a little fun. Greer hasn’t been with anyone since Coral. Jax wants him to be happy again.

What he doesn’t expect is for his father to make a beeline to his old friend, Keifer, and trust me when I say this little turn of events did not make Jaxon happy. I admit to being concerned about Jaxon when I started reading this book. He’s my favorite character in the entire series. I was worried he’d say something or do something that would make me mad. He kind of did at one point but it was brief and understandable in a way.

Greer going to Keifer wasn’t planned. He smelled the scent of his fated mate and it led him straight to his son’s old friend. He’s convinced that Keifer can’t be his mate. He’s known the other man for decades and there was never any hint that they were supposed to be together at some point. His wolf is telling him otherwise. When Greer starts talking to Keifer after Jason and Trevor’s ceremony, Keifer’s shocked. Greer is showing interest in him. He never has before, so why now?

But then Greer kisses him after they share a couple of dances and all he cares about is what he’s feeling, what he’s always felt for the much older man.

I’m all about books with characters who have a substantial age difference. I know that Greer is fifty-five. I’m not sure if Keifer’s age was mentioned, but he’s around the same age as Jaxon, so I’ll go with around thirty or a year or two older than that. This takes place a few years (3, I think?) after Homerun Daddy and I don’t remember if Jaxon’s age was mentioned in that book. Even so, it doesn’t matter.

Like the other couples in the series, Greer and Keifer start off hot and heavy almost immediately and a pregnancy becomes of it. Also with the other couples, something happens that kind of pushes Greer and Keifer away for an amount of time. In some of the books it’s been misunderstandings. In others, like this one, it’s about one of the characters not believing that the other one is as committed as he is. It’s Keifer in this case, believing that Greer isn’t as committed to the relationship. In a way, he was correct, and I supported him taking off. Jaxon tried to explain it as Greer being old school, but I saw it differently. Greer is terrified that something will happen to Keifer and their unborn child. He’s already suffered that kind of loss with Coral. He’s scared of suffering it again with Keifer so he refuses to finalize the mating process. This puts a big strain on Keifer, who finally just has enough and walks away. I supported that. He should’ve walked away. I’m not saying they weren’t meant for each other. They were. It just wasn’t fair for Greer to put that on Keifer. I wasn’t thrilled with how long they were apart during all this. 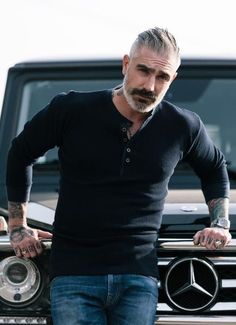 One thing that kind of bugged me about this book is that I know nothing about Keifer’s childhood or his past. There was talk about his father but nothing more than the man not being much of a father. I know about Keifer and Jason’s relationship (a one-night-stand that resulted in Stacia). I had all kinds of backstory for Greer but next to nothing for Keifer. Even so, it didn’t really take away from the story.

As with the other couples, they work things out and they get their HEA. Something I’ve only mentioned in passing in my review of Gavin and Kyle’s book (and I think in Trevor and Jason’s?) is the presence of dragon shifters. They’re still around causing a bit of trouble but without much page time. I’m sure that will be changing as the series plays out.

When Jaxon came around, and realized that Keifer was all in with Greer and not just wanting to hook up, it was done nicely. I really would’ve been upset if Jaxon would’ve been a bad guy, even for a little while.

This is a nice addition to the series. I’ve always loved Greer so it was good to see him find his second chance at happiness. I liked Keifer too. They were good together. 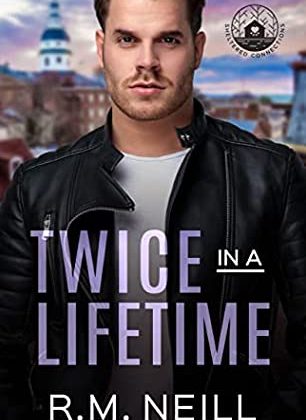