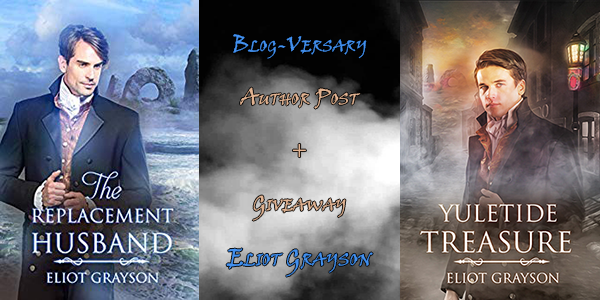 People have a lot of ideas about authors, romance authors in particular — something I knew in the abstract before I started publishing romances, but didn’t really get. For example: We spend a lot of time wandering around bumping into things while we’re plotting out books (true), our real lives of excitement and glamour fuel our writing (I wish), caffeine fuels our writing (very true), we participate in a variety of kinky sex acts and call it “research” (these speculators are best edged away from slowly — and also, unfortunately not), and we all have nine cats (only two, so there!).

One thing that comes up more often than I’d expected is the idea that writers are keen observers of human nature. “I’ll have to watch myself around you, or I’ll end up in a book!” is a cocktail-party standard guaranteed to make any author give a pained smile and dive to the bottom of a bottle of Scotch. (The Scotch-drinking stereotype: in large part, true.)

I do borrow little traits and tics from my friends and neighbors, although nothing they’d recognize. (I don’t want to end up the subject of a cozy mystery in which an author is murdered for exposing the adultery of the local vicar.) But I’ve noticed that if anything, it’s the other way around: I didn’t start writing because I had some deeper-than-average understanding of people; I started to understand people a little bit more once I began to write them.

Like a lot of authors, I spend more time with imaginary people than with real ones. Authors are often an introverted bunch. Writing takes a lot of alone time, and it’s boring to watch. It’s not the sort of hobby that invites participation. I’m often baffled by the motivations of the people around me — that is, when I’m around them in the first place. Thank goodness for my husband; he can always tell when the vicar is committing adultery, and he’s generally right. (He’d be a terror at a country-house weekend. If I ever did write that sort of mystery novel and base it on people I know, he’d be the guy with the pipe lecturing everyone in the library during the Big Reveal.) 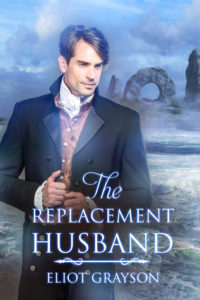 Earlier this year I released two M/M romances set in an alt-universe Regency England. (I’m offering the first of these, The Replacement Husband, as a giveaway for one of this site’s lovely readers.) The villain of the first book is, to put it bluntly, a total ass. He’s selfish, thoughtless, doesn’t take no for an answer, takes advantage of a lovely young man who trusts him, and then turns around and takes advantage of someone else. I’m trying to be a little vague so as not to spoil the story for anyone who picks it up, but you get the picture: he’s the sort of character readers love to hate.

In book two of the series, The Reluctant Husband, Tom-the-villain becomes Tom-the-hero. One small fact about him that’s revealed in the first couple of chapters totally turns his characterization in the previous book on its head. That’s developed throughout the course of the story, and his motivations become clearer and, I hope, more sympathetic as it goes along; but basically, there’s one secret thing about Tom that no one else knows, and that casts him in a whole new light.

A couple of readers who liked The Reluctant Husband were shocked by the revelation and also, a little to my 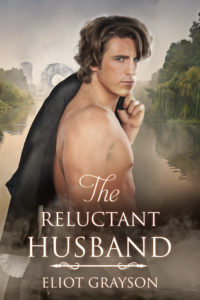 shame, very complimentary about the whole thing. They seemed to think I had some grand plan. They thought I had a plan at all.

Not so. I wrote the first book intending Tom to be the villain, and that was that. To be perfectly honest, while he wasn’t a cardboard cutout twirling his mustache, he didn’t have a ton of dimension, either.

A few weeks later I had a stunning revelation in the shower (the stereotype that writers think of things for their books in all kinds of odd places and end up jotting ideas on napkins with eyeliner pencils: true). Tom had a secret! It had been secret from the other characters in the first book — but it was also a secret from me. I wrote Tom. I invented him. And yet I had no idea what he was really like.

I started book two the next day, and it all flowed from that one little bit of information, that new understanding of someone I thought I’d already dug to the bottom of. Revelations like that happen all the time, sometimes when I’m trying to figure out where the plot is going (I’m not an outliner, can you tell?), and sometimes just out of the blue. Sometimes I do have a plan, and the new information just upends it completely.

If I really were a discerning armchair psychologist, this probably wouldn’t happen. As it is, part of the fun of creating characters — and part of the reason why those characters turn out to be fairly interesting, at least some of the time, I hope — is that I have no clue why they’re doing what they do half the time. I find out as the book goes on, and sometimes after. I may be the last to know.

It’s given me a whole new perspective on the real people I know. At any moment I could learn something small, fascinating, and completely essential that would change everything I think about them. Before I started writing, I thought my opinions of people were relatively resistant to change, at least within reasonable parameters. Now I have to wonder. What are they hiding?

If I ever figure it out, maybe I’ll write that mystery novel.

As a last note, the one group of people with a literary bent who get more flak than romance authors is, you guessed it, romance readers. It’s obnoxious to be always defending — or declining to bother to defend — one’s preferred entertainment/hobby/profession, and we shouldn’t have to. But if there’s one group of people you, as readers, can count on to respect and value you, it’s romance authors! So thank you for reading, congratulations to Kazza and Cindi for seven great years, and here’s to many more years of good books and glowing (please?) reviews!

To celebrate our 7th blog anniversary, Eliot Grayson is giving away an e-book of The Replacement Husband. Leave a comment before Midnight (US EST) October 31st for a chance to win. The winner will be contacted within 24 hours of the draw and will need to contact us within 48 hours or we will redraw. Thank you for popping by and good luck!

And just in time for some Christmas reading, Eliot Grayson has a festive season new book~

Eben Sypeman’s world is falling apart. It’s two days before Yule and his business partner is dead, leaving behind empty accounts and looming bankruptcy. And if that isn’t bad enough, his patron goddess is irritated with him. It seems she’s tired of his tendency to mince words and avoid conflict. She’s insisting—quite forcefully—that he start being totally honest with everyone, including himself. Divinely enforced honesty couldn’t have come at a less opportune time, especially when his clerk’s tall, dark and distractingly handsome son enters the picture.

The last thing on Tim Pratchett’s mind is romance. All the former soldier wants is to fill in for his sick father at work and recover from his war wounds in peace. But there’s something about the grumpy Eben that confounds and entices him in equal measure. Their timing couldn’t be worse. They’re complete opposites. And yet…none of that matters when he’s with Eben.

But if Eben and Tim have any hope of finding their very own happily ever after, they’ll have to survive a dickens of a truth curse and the machinations of a trickster goddess—all while searching for enough yuletide treasure to save them all.

This is an M/M romance with explicit scenes, a voyeuristic pagan goddess, and an odious nephew. Despite any other possible similarities to A Christmas Carol, there are neither ghosts nor geese, but readers can expect a happy ending and at least one use of the word “dickens.”

Eliot Grayson is an editor by day and a romance writer by night, at least on a good day, and more of a procrastinator by day and despairing eater of chocolate by night when inspiration doesn’t flow and the day-job clients aren’t cooperating. Go ahead and guess which of these is more common.

A steady childhood diet of pulp science fiction, classic tales of adventure, and romance novels surreptitiously borrowed from Eliot’s grandmother eventually led to writing; Eliot picked up an M/M romance a few years ago and has been enjoying the genre as a reader and an author ever since. 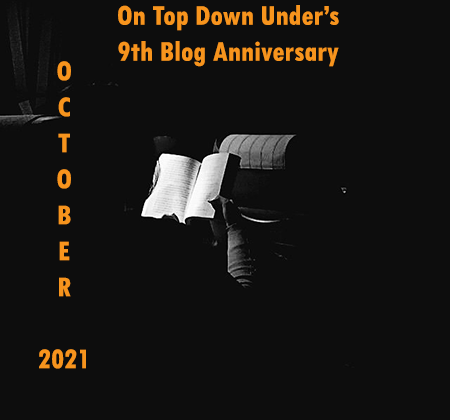 Blog Anniversary Is Coming: We Turn 9 in October 2021