I’m lucky to have an interview with a favourite author of mine who also happens to be a fellow Aussie – Lisa Henry. Lisa has quite the book catalogue under her belt, you can find her books here and here, and you can also find her books reviewed extensively on On Top Down Under. Check out the interview below and under that is a fantastic giveaway of audiobook codes for the winners of 2 giveaways. Make sure you join in for a chance to win a fantastic audiobook series from an ever popular author.

K: How hard/easy is it being a writer of mm/gay romance/LGBTQ+ books being an Aussie? While I know e-books have made buying so globally accessible now, as a nation of writers (also readers) we tend toward the “sensible” or mainstream noir or gritty fiction in Australia. Even the movies we make here are not romantic and are often quite raw. Hello Wolf Creek, Animal Kingdom, Two Hands, Romper Stomper, He Died with a Falafel in His Hand, etc.

LH: I cheat sometimes by setting my stories in other places! But yeah, it’s true what you say about Aussie fiction being quite gritty, and Aussies aren’t always the most emotionally demonstrative people. So what reads as “this character is in love with this other character” to me and other Aussie readers can sometimes come across as “wow, they’ve hardly said two words to each other!” to everyone else. I’m working on writing characters who are more comfortable talking about their feelings!

I think that overseas readers love the uniqueness of Australian settings though, and that’s something Australian writers should capitalise on more. We have landscapes and animals here that are really special, even if we’re so used to them that we’ve forgotten that!

K: Some authors have a formula which they work with because it works for them, but you mix it up, your styles of writing – regency, fantasy, dark and gritty, fluffy, New Adult-ish, contemporary romance… How easy is this to do? And does this help keep writing a pleasure for you?

LH: I mix it up because I have an incredibly short attention span, and I need to keep myself interested. I sometimes wish I could pick a subgenre and stick to it, but that’s never going to be me. My brain just isn’t wired that way. It’s a pinball, bouncing all over the place. I just try to keep up!

K: You also have a few cowrites under your belt, especially with J A Rock, how much fun is it to write with someone else, I love sharing this blog space with Cindi, and because, you know, they won’t see this, 😊 how hard is it to cowrite?

LH: With the right person, and I’ve been so lucky to find more than one of them, cowriting is incredibly fun! The finished product doesn’t always look exactly how you thought it would, because maybe your cowriter took it in a different direction—but that’s fine! The best part about having a cowriter, to me, is that it’s so much easier to stay motivated and excited about the story we’re writing. If it’s a solo book and I hit a roadblock of some sort, I’m likely to put it away for a while and ignore it. But with a cowriter, there’s some added accountability there—or maybe it’s just the fact that I don’t want to be the one who drops the ball! Whatever it is, it works out.

K: This may be a tough question, but do you have a favourite amongst the books you have written? Or, do you have 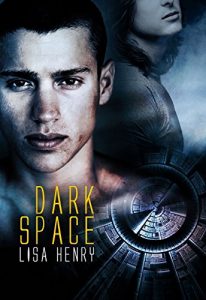 a character you just loved writing or think about every now and then, maybe wondering how they’re travelling? Maybe they’re yelling at you that their story isn’t over yet?

LH: This is the toughest question! Brady from Dark Space will always hold a special place in my heart, just because he’s such an angry little mess. And while I think Brady’s story is over, I would like to return to that world at some point and play around some more.

The character who keeps yelling at me that their story isn’t done yet is Zane Finch. He’s Marco’s bandmate in Because of Ben, and Xander’s twin brother in Only for Ollie. And he’s the voice of reason in both of them, even though he’s only a minor character. Need advice about your love life? Your sexuality? Just need someone to have your back? That’s Zane! Now Zane is living his best life with a wife he’s madly in love with, and vice versa, and a new baby son, but I keep wondering what would happen if I stuck a stick in the spokes of his bike in the form of an unexpected attraction. So it’s very likely that there will be a book with Zane coming at some point!

K: Well, that excites me. I love the chill, supportive Zane. Bring it on, Lisa. Just don’t bruise him too much.

K: One of the things that attracted me to you as a writer is that you have always taken a stance that once a book is out there in the world it’s a product. Readers are entitled to their opinion about a product without an author jumping over them for having said opinion. Most of us are up for reviews, our jobs for example, but it’s always hard to have a poor review, human nature tends to make us quite self-protective. How did you set your boundaries around this so well?

LH: Oh, poor reviews can be really upsetting, and it’s also human nature that you won’t remember that 5 star review at three o’clock in the morning when you can’t sleep—it’s the 1 star “BURN IT WITH FIRE” review that your brain won’t let go!

But reviews are for readers, and not for authors. And if you go into reader spaces and seek them out, well, to me that feels a little bit like eavesdropping—you might hear something you don’t like! It’s so important that readers have spaces where they can talk freely about what they thought about a book without worrying that the author is watching them.

I think that it’s important to remember that not every reader is going to like your books. Some people are going to really, really hate them—and that’s okay! There are books and songs and movies that I hate as well. That doesn’t mean they’re objectively terrible, and it’s certainly not a judgement on the creator—it’s just that some things are not for me. It’d be a very boring world if we all only liked the same things.

K: I know there is a new Bad Boyfriend, Inc book coming out soon, are there any other new books for Lisa

Henry on the horizon that readers should know about? Or an alter ego?

LH: I have so many plot bunnies! But coming out next will be Fran Cuthbert Ruins Christmas, a holiday story I wrote with JA Rock. At the moment we’re also working on a gritty story with BDSM elements, set in a small dead-end town where the paper mill just closed and everyone is feeling the effects. We’re also working on a book called Washed Up Former Child Star Ryan Lee, which is exactly what is says on the cover! Poor Ryan has made so many bad choices already, and we’re only 10k words in! But the big joint project for next year will be Dauntless Island. We’re reworking the first book now, and we have a series of seven books planned in total. I even made a website—it’s genuinely (and intentionally) terrible, and I love it!

And in really exciting news for me, I just signed a contract with Level Best books for three books in a series set in Nero’s Rome. It’s a murder mystery where an unemployed young patrician teams up with a working class vigile to figure out who’s killing a bunch of senators. The first book, Sub Rosa, will be out in late 2023. These aren’t mm romance (though there is a slow burn romantic relationship between the MCs) so I’ll be publishing these under my real name, Jennifer Burke.

Cheers for taking part in our 10th blog anniversary, Lisa. Thank you for jumping in when we’ve had blog anniversaries, it’s very much appreciated. This is quite a big milestone for us, and for me personally it’s great to be joined by a fellow Aussie this October.

Lisa is giving away 2 fabulous audiobook series with audio codes via Authors Direct. **Please note that these codes are available in the US, EU, UK, Australia and Canada only**
There can be 1x  lucky winner of audiobooks 1-3 in the following: The Star Crossed series audiobooks – Not until Noah, Because of Ben, Only for Ollie, the latter not even out yet.
Or 1 x  lucky winner of audiobooks 1-3 in the Adventures in Aguillon series – Red Heir, Elf Defence, Socially Orcward.
**Let us know your preference, or if you have none you don’t need to let us know.
This giveaway runs from the 4th of October until Midnight on the 16th of October. Winners have 72 hours to contact us after our contact email otherwise we will redraw a new winner. Thank you for taking part and good luck!
.
Author Bio: 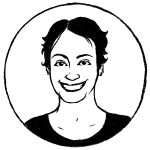 She shares her house with too many cats, a dog, a green tree frog that swims in the toilet, and as many possums as can break in every night. This is not how she imagined life as a grown-up.

Lisa has been published since 2012, and was a LAMBDA finalist for her quirky, awkward coming-of-age romance Adulting 101, and a Rainbow Awards finalist for 2019’s Anhaga.