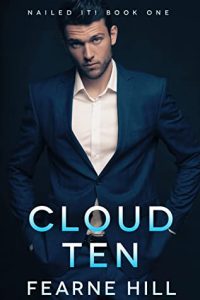 Frankie Carter lives and breathes PA work.
Becoming indispensable to a top exec is all he’s ever wanted, even if he is repeatedly overlooked in favour of other less well-qualified applicants.

The problem? 94% of executive PAs are women.

But resourcefulness comes with the territory. As does a pinstriped skirt, killer heels, and enough chutzpah to blag the interviews… conveniently passing as a woman instead of a gay man. Egged on by his friends, Frankie lands himself his dream job working for Lysander St. Cloud, a senior exec on the board of the family firm.

On the outside, his boss has it all. Or does he? Before long, Frankie discovers Lysander’s looks, money, and status mask a shyness and humiliating past he’d like to forget.

Lysander is straight, and he believes Frankie is a woman. A close bond develops between them. A bond increasingly in danger of slipping from professional into something else.
Frankie needs to come clean before he hurts not only Lysander but himself. Will he choose his career, his friendship, or his heart? Or is he brave enough to fight for them all?

This book reminded me of a love child of Notting Hill and Victor Victoria. The storyline. The vibe. The ensemble style story. There’s no Julia Roberts, no film star and her book shop owner romance. No James Garner and Julie Andrews, but here lies that baby.

Frankie is one of triplets. He and his sister, Maddie, and brother, Tristan, who has cerebral palsy, have that whole ‘there’s more than one of us’ bond going on. They all live together and have each other’s backs. They have a social rebelliousness as well. I enjoyed that part of the story a lot.

Frankie wants to be an EA, he loves the work, but for this job people typically hire women. I don’t like to see discrimination in any way, shape or form, but women are on the pointy end of that stick a heck of a lot more. However, not so much in this book they’re not. Daphne, Lysander’s older sister, runs the very large family construction organisation, but Paul, uncle of the other MC, Lysander, is the smarmy womaniser type whose wife sits on the Board of Cloud Ten alongside him. It definitely makes for some sniping dialogue when the board sits. It made me have a bit of a chuckle while also feeling awkward. While Daphne talks about taking them down a new path, they don’t always follow their 10 commandments of diverse employment.

“Number ten: we strive, above all, to be the UK’s most forward-thinking, diverse, and equal opportunities construction company.” And…Yeah, right. All those shiny female PAs smiled up at me from the laptop.

I think the blurb gives you the details well. Frankie dresses as a woman as a must to get the job. Maybe to prove a point. Lysander falls for Frankie as a female, she’s a great EA, including excellent organisational skills, literally and metaphorically holding Lysander’s hand when he gets given a new role within the organisation, and generally calms him the hell down. And, you know, Lysander also likes those legs of Frankie’s. Frankie likes that swimmer bod, Lysander was an Olympic swimmer until recently, and the shy, non-wanker way Lysander has about him, including his warm brown orbs, also known as eyes.

This is the EA and the boss fall for one another, are right for one another story, but there is the twist that the EA is a man pretending to be a woman. Then there’s the matter of Lysander being S.T.R.A.I.G.H.T. Frankie feels bad for not being upfront because he didn’t expect Lysander St Cloud to be a decent man.

Misleading someone who didn’t deserve to be misled, not to mention everyone else at Cloud Ten, wasn’t moral in anyone’s books. Why did Lysander have to be so bloody nice?

Cloud Ten attempts to tackle a lot of things. Workplace gender discrimination, a (potentially) gender fluid character, a heterosexual identifying man no longer being so sure. This is also a 100% bona fide GFY and that isn’t my favourite. The “bi awakening” trope, as people are wont to call it these days, does my head in. This is a homosexual man falling for the straight man, the one who has never thought about another man before sexually, never once. The gay man who wants the straight man.  There is a lotta lotta hurt feelings and fantasy wrapped up in that one.

This is probably the least favourite of Hill’s books I’ve read thus far. As I said prior, I’m not a fan of the GFY storyline but I discovered Fearne Hill’s writing this year and I’m on a seek and read Hill mission. I pre-ordered this. Sadly, I felt the MCs got lost in amongst the other characters and their little side storylines, like pregnancy, let’s go green, diversity is coming. I liked the MCs… but I did not love them. Not like Matt and Alex, Two Tribes brilliant MCs, or Lucien and Jay and the rest of the adorable Rossingley crew. Also, we all know Frankie’s sister is pregnant. Why she didn’t just tell her super understanding, far more mature than twenty-year-old boyfriend, Darren, I’m not sure. It was another thing that took up space I would have liked devoted to Frankie and Lysander.

I believe this book will be quite popular. It’s a fairly fun, easy read, although I was a tad on edge about what would happen when Frankie told Lysander the truth. When I analyse that, I think it’s because in a straight-up sweet contemporary romance I’m not fond of untruths. Also, while I get why Lysander reacted as he did, I still think he was a bit of a Basic Benny when he found out.

Overall, this book has a good heart with good points being made, but I feel like they served to compress the romance aspect and the real connection I look for. I didn’t completely know these characters. I truly wanted more chemistry built between Frankie and Lysander, and this is something I can attest to that Fearne Hill is usually superb at doing. But ironically, it was such a slow, slow burn sexually that the sexual connection overshot the runway, that magical feeling got lost, at least for this character obsessive. Cloud Ten is hard for me to rate. I feel it sits somewhere around 3.75 Stars! 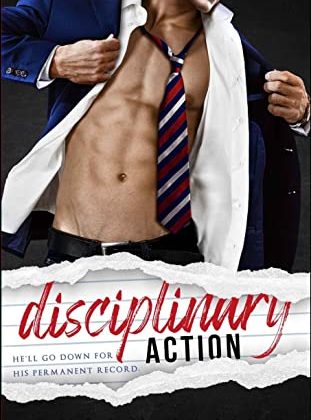 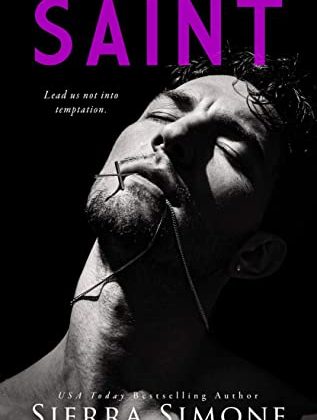