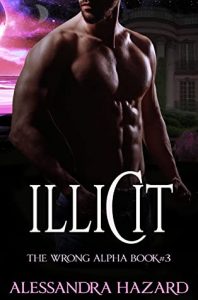 These feelings are utterly wrong. He’s an impostor. But if he isn’t? They’re even more wrong.

The last time Liam Blake saw Anthony, Liam was five and Anthony was sixteen. Liam barely remembers him. He remembers adoring him and remembers missing him, but his childhood memories faded as he grew up.

Fifteen years later, a man who calls himself Anthony Blake finally comes home after the war ends. He has documents that prove his identity, and he has Anthony’s dark hair, blue eyes, and broad shoulders. There’s no reason to think he isn’t who he says he is—except for Liam’s strange, inexplicable attraction to the man who claims to be Anthony.

Could he be an impostor?

But if he is, who is he—and why is he pretending to be Anthony Blake?

Illicit is an alpha/omega MM romance set in a sci-fantasy world. The book contains secret identities, not-so-forbidden love, and a happily ever after. Book 3 in the Wrong Alpha series, but it can be read as a standalone.

I know Alessandra Hazard is an incredibly popular gay romance or mm author but I’d read exactly one of her books prior to Illicit and I completely hated it. So I was never going to read another one of her books again. However. However. That blurb had The Return of Martin Guerre and also Somersby all over it so I was always going in for a looksee. The reader voices in my head wouldn’t let me not one click it. One more thing. I adore Eliot Grayson as an author and because I always read forewords and author notes and acknowledgements – I’m the person who stays to the end of movies to see who did what on the film, not just the actors, absolutely everyone – I know that Hazard is an editor and beta for Grayson and vice versa. It made me think that perhaps there might be something that could make my AH sad one book experience open to upgrading. In I dove.

Illicit has over 2,000 ratings on Goodreads so I’m just adding my general thoughts.

This is book #3 in a series and while it certainly is a predominantly standalone book in terms of romance, there was tech, although not very involved tech, and a war that had happened or was happening, that readers of this series or maybe even other series by the author possibly already know about. While rusted-on readers would probably be, ‘oh yeah, I know that’, I didn’t and it felt lacking. It wasn’t a deal-breaker by any means, but as I’ve established I tend to be a details type of person.

The brothers are cute. That’s the best way I can describe them, and they genuinely care for each other, especially Liam and Jules. Eric tends toward his own bubble. I liked their family dynamic. I liked that Liam was happy for Jules even though the heir to the throne chose Jules over Liam. It affected Liam socially but he was happy for Jules nonetheless. And Jules supports Liam, as best he can given these, uh, unusual circumstances.

But look, the main thing for me was the theme and the chemistry between Liam and Anthony, Liam’s (supposed) 15 year older brother who disappeared, presumed dead, in the war I have no clue about, who suddenly returns to the family bosom. His credentials, including his DNA, all match correctly for the Inheritance Department who, apparently, have stringent checks in place for these circumstances. Another organisation, the Division have some trickery around that in this alt-universe. Anthony is attached to the Division, I had minimal info though because only fragmented pieces are given in this series book about them. BUT…the chemistry was all kinds of hot and well written and well paced. It never went off the boil and even though the word perverted was used, like, a million times, and if not perverted then in similar ways, like sick, to describe how Liam felt about lusting after his brother, fucking his brother, and vice versa, it never especially got old. These guys are face-melting together.

I like taboo but I knew this was never going to be a true brocest book. You cannot at any stage read Illicit and think, ‘yeah, 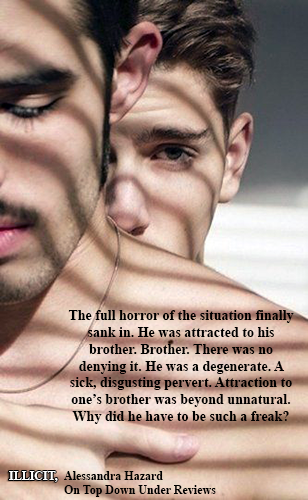 these dudes are definitely brothers’, which is a shame for me because I am, what’s that word again, oh yeah… PERVERTED. Incest would have worked nicely for me. Not to worry. They make up for it with sniffing and rubbing and activating naughty little scent glands all over each other while self-flagellating their pervy sides. Niiiiice. They well and truly made up for no real incest with smokin’ hot sex. They made up for it by thinking maybe they were related and, damn the fucking torpedoes, let’s do it anyway. I salute you, you ‘perverted’ boys! You say sick, I say fictional sexy times. —->

Illicit is an easy omegaverse story, kind of a Regency romance omegaverse. It works. It’s also a good size at 227 Kindle pages, any longer and it would have been too much, any shorter and some of the connection would have been missed. Alessandra Hazard Goldilocks’ed the wordcount – it was just right. There is no pregnancy or birth on page in this omegaverse book either.

Illicit is fun and flirtatious, lacking drama, lacking real depth as well but that suited my brief at the time of purchase and reading. Uncle Wayne, the Alpha who inherited the Blake lands when the oldest “died” and so did their mother, just wasn’t ever in the story after looking like he might cause some havoc. It’s simply cruise-y reading. One little moment of worry. One little semi-pissy episode, and done. *Wipes hands* We’re an item. We can now officially rub our scenty, glandy goodness all over one anther, and Bob’s your uncle.

Visuals have been added and with that I’ll say thank you to Alessandra Hazard for an easy, sexy, sexy (PERVERTED, not really) read which gave me if not especially memorable characters, certainly enjoyable ones. I’ll probably read the next book in the series because Eric seems like he fits the Lost Child role in the family. He deserves some loving sexy times too. Two words stuck out to me in the blurb promoting book #4 – Manual. Examination. I’m in. Bring on the loved-up smut! 4 Stars! 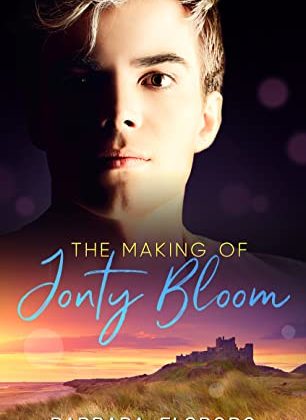 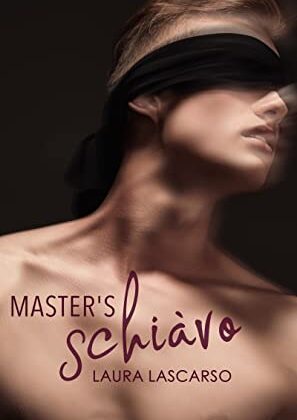