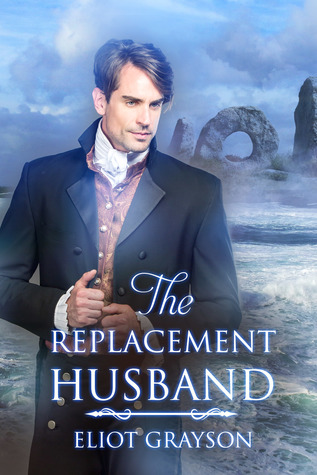 Goddess-blessed Owen Honeyfield is destined to enjoy perfect good fortune. The arrival of handsome and eligible Tom Drake in his country town appears to be the latest manifestation, and Tom’s whirlwind proposal is the fulfillment of Owen’s desires. When his betrothal takes a disastrous turn, Owen is left heartbroken and at the mercy of Arthur, Tom’s disapproving elder brother. His reputation ruined and his bright future shattered, Owen must choose between loneliness and a marriage of convenience, with love no longer in reach.

Arthur Drake has always taken responsibility for Tom’s scandalous behavior, but this time is worse — it isn’t just the family name at stake, but his own happiness. When Tom’s impulsive selfishness threatens to ruin the lives of everyone involved, Arthur has only one honorable choice. He’ll need to repair the damage Tom has done and fight for his chance at love, knowing all the while he may never be able to take Tom’s place in Owen’s heart.

I have a soft spot for this author. I enjoyed Like a Gentleman and this was a nice follow-up book by Eliot Grayson. Once again there was an MC I liked from the get-go and another I wanted to slap a few times, same as Like a Gentleman, but the writing is bright and breezy and very easy to read. It’s not heavy on detail whatsoever.

Tom and Arthur Drake move next door to the Honeyfields. The Drake brothers are the kind to be the talk of a small country town like Trewebury. They are wealthy, come from the city, and are the right age for marrying – Arthur the eldest at around thirty. No one has really seen them until Owen has an accident on his way home from the markets and is rescued by the pair of them. Mind you, his recollections of the day are not necessarily clear. The Drake brothers call on him while he is convalescing. Once Owen is well, Tom is quick to push the point that he would like to get to know Owen… better. He also bends the truth to his advantage. Arthur, who really does have feelings for Owen, stays in the background because it seems Owen prefers Tom. In the meantime, Arthur hopes things won’t go the way they usually do with his younger brother – Tom is fast and furious, has some kind of affair or does something to ruin a reputation, doing a runner when someone or something shinier comes along. He also takes no responsibility, leaving Arthur to fix things.

“And just who appointed you the guardian of our little country cousin’s virtue, Artie? Because you seem a trifle more interested in its preservation than I’d have thought our acquaintance warranted!”
“I don’t want a scandal,” Arthur said shortly. “Or should I say, another scandal.”
.
This time Tom takes off to the city and sends a letter back to Arthur, telling him he has married a woman. Something shiny did come along yet again. Arthur decides that marrying Owen is the proper thing to do, and it’s no hardship for him to ask someone he has feelings for to marry him, albeit he doesn’t want to see the hurt in Owen’s eyes when he has to tell him what Tom has done. Owen thinks it’s all about saving his reputation, and for a while he holds a (ridiculous) torch for Tom, who definitely never deserved his affection.
.

I loved Arthur. Big, kind, caring, and hotly possessive Arthur made the book worth reading just for him alone. Owen was sweet and virginal and gentle which made him a nice match, although he made me want to give him a shot of self-confidence. I also found myself giving him a lecture through the Kindle about the better brother. Neither spoke to the other about their actual feelings for one another – Arthur found the words stuck in his throat. Owen just assumed he was a pity marriage after Tom did a ‘John Willoughby’ on him.

If you are looking for more on the goddess-blessed backstory you won’t find it. I wanted to know a bit more myself, it would have needed more length to flesh that out, but I was also happy at the word count because I got where I  needed to pretty quickly and all rather enjoyably. There’s some sexy times, Arthur was determined to make sure Owen felt good, cared for, so he would forget the hurt caused by Arthur’s cad of a brother. Arthur was quite growly and protective about being with Owen – physically Arthur was more than able to show Owen just how much he wanted and loved him. Arthur does things that the reader can see shows he cares as we get two POV, but words aren’t his first port of call. He gets there eventually.

I enjoy alt-historical books and this was a congenial one. It has more than a touch of the Jane Austens about it, and there is a sense of one of the (male) MCs having that virginal feminine feel, that would be Owen. If you’re not fond of that style it may bother you, personally, when I’m in the right mood, I enjoy it.

“Won’t I be more of a wife, though?” Owen asked, a trifle flippantly. “The goddess-blessed take the place of a woman in the household, or so the priestesses have always told me.”
His father fixed him with a withering stare over the rim of his teacup. “Have you paid no attention whatsoever to the running of this household?” he asked.
.

I’m also adding a caveat to this review. Right now I’m unwell and taking my time reading because the words aren’t so easily digested. The goddess-blessed side of things may have been questioned more by me usually because I’m one for the whys. However, easy and uncomplicated is my speed for now and I was more than satisfied – I bought this book because it sounded nice and it delivered me nice.

Overall, The Replacement Husband is uncomplicated, sexy – without an overabundance of sex – and enjoyable alt-historical romance reading, and I do like the language and flair the author writes with as well, it transports you to another place. There are times where I crave historical writing without the difficulty that can surround same-sex attraction in different eras, and this story gave me what it promised. Very nice reading. 4 Stars! 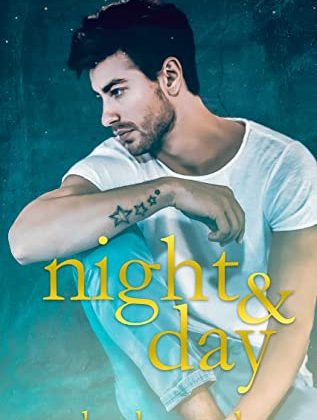 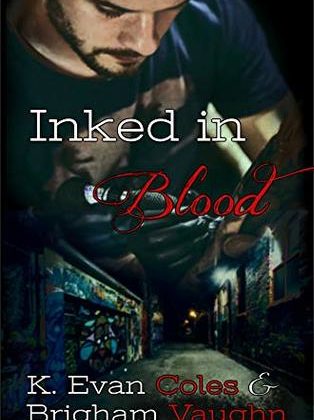